A Guide to Banavasi-In and Around

If you have 3-4 days to spare then Banavasi -one of the places to visit near Bangalore should be in your travel list. What is so special about this charming town i.e located in Sirsi taluk of North Karnataka district? Not only it happens to be the ancient capital of a yesteryear dynasty but it is famous for its temples,inscriptions,ruins and plantations. The bonus; Banavasi also forms the hub for many tourist places. So here is a quick guide to Banavasi tourism.

Historic towns have also been a favorite haunt of mine. Banavasi , the Byzantine of the Greeks has been the capital of one of the ancient dynasties of Karnataka-the Kadambas. The Kadambas ruled from mid 4th to 6th century and created heaven on earth.In the words of the 10th century poet Pampa- ‘It is difficult to be born in Banavasi. So being a bee or cuckoo is also fine here.’ This line sufficed for me to being exploration of this charming little temple town.

The communities settled around the numerous lanes around the Banavasi temple have from centuries relied on the temple, participating in the rituals and traditions of the temple.

Also worth exploring are the numerous pineapple plantations that the town is famous for. The bonus is there are various excursions that you can take from Banavasi.

The drive from Bangalore to Banavasi is around 384 kilometers and takes around seven hours from the city. The route taken was Bangalore-Tumkur-Hiriyur-Chitradurga-Davanagere.

–>A stop over at Hari Hareshwara Temple

En-route we stopped at Harihareshwara temple at Harihara which is a 13th century temple built by a Hoysala minister Polalva. The temple dedicated to Harihara- a fusion of both Shiva and Vishnu forms is splendid and what makes it worth a visit is the numerous inscriptions and memorial stones around the temple-that makes history come alive. These inscriptions talk about the kings and chieftains who ruled here,the various grants given by noblemen etc. Spend an hour here or more and then head to Tilvalli and from there to Kotipura.

Kotipura boasts of a 12th century Kaitabheshvara temple in Kubatur . Constructed of soapstone it is a magnificent tribute to Chalukyan art and architecture. From Kotipura it is just an hour’s drive to Banavasi.

We landed in Banavasi tourist home around 6:30 in the evening.We had started out from Bangalore around 7:30 in the morning. 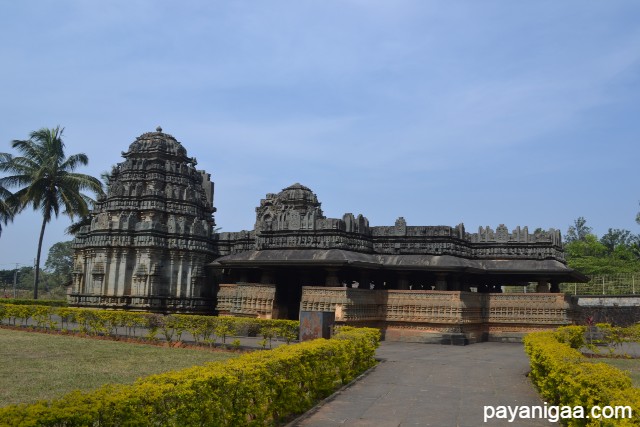 Day 2 of Banavasi tour included the famous Madhukeshwara temple and its fascinating history. The temple is ancient and has been expanded by various dynasties from Kadambas,Chalukyas to Hoysalas and the 17th century Sonda chieftains. It takes a good two hours to see this temple and the surrouding temples of Neelkanteshwara,Kadambeswara etc. River Varada nearby is also a popular place to visit.

From the Banavasi temple we next headed to Balligavi which is at an hour’s distance from Banavasi. The route was via Soraba. Balligavi happens to be the an important seat of Western Chalukyas and there are quite a number of fascinating temples to visit- Kedareshwara, Tripurantakeshwara and Pancha linga temple.

After this we headed to Talagunda which has a very famous inscription of Kadambas. It is significant because it is one of the sources that gives the story about the founding of Kadamba empire. Talagunda is just 10 minutes drive from Balligavi. That ended out second day itinerary to tourist places from Banavasi. 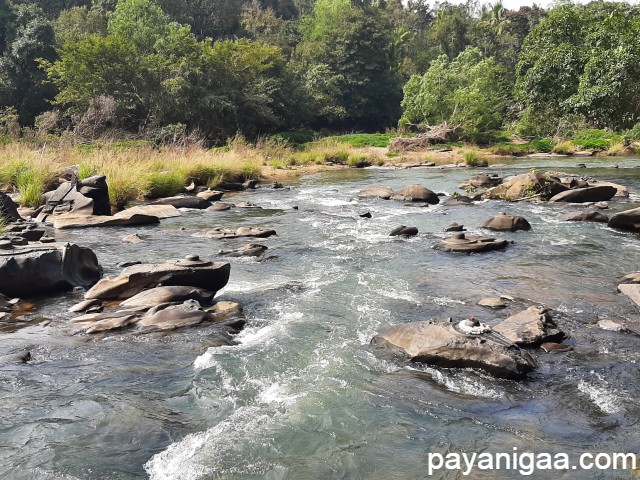 Early next morning after a good breakfast of Akki Roti-Rice Roti we set out towards Sonda/Sode-the religious site for Madhwa Brahmins. It hosts the site of Vadiraja saint and is held in reverence by Madhwa community. After spending an hour or so here we set out towards Sahasra linga-a site that is made beautiful with its numerous shiva lingas carved over rocks jutting out from a flowing stream. After checking this out,we had lunch and we set out to see the rest of Banavasi. We had a chat with Gudikar community,checked out Banavasi fort and spent our time gorging on pineapples. 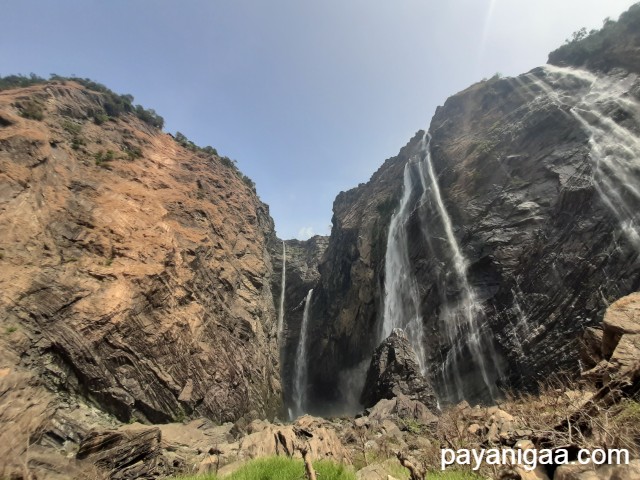 Next day we wanted to get back to Bangalore.Our plan was to cover Jog Falls,Ikkeri and Keldai-the bastion of Keldai Nayakas. Crossing over Sirsi we headed to Jog Falls,climbed down the 1000 plus steps,watched the jog falls from afar and headed towards Ikkeri and Keladi. We managed to finish our sightseeing trip by 4, in the evening and we headed out to make the long drive back to Bangalore. At Hiriyur we stopped for dinner and finally reached the city around 11. That completed our historical tour of Banavasi.

Here is the list of places from Banavasi that we were able to cover in four days.

Map of sightseeing from Banavasi:

Stay at Vanavasika Guest House: We stayed at Vanavasika guest house and did not face any issues with food or three day stay.There is basic comforts like hot water,food etc. However there is no Television in the room. This is their idea of connecting with nature which happens to be very true. The guest home is peaceful,serene amidst teak,jackfruit and mango trees. Breakfast,lunch and dinner was wholesome at this place. Mind you, only vegetarian food gets served as the guest home is in the vicinity of temples. We stayed here for three nights and managed to cover all the places in Banavasi vicinity with ease. You can book your guesthouse at Booking.com. My favorite place however happens to be Vanavasika Guest house.

WordPress.com is the best place for your personal blog or business site.